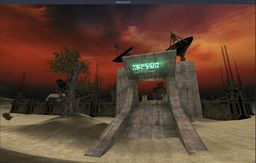 Outposts are small installations within the wastelands between Neocron and the Dome of York. Nobody knows who created them in the first place, however many small battles between factions have occurred to gain control of the installations. Outposts give the holding clan, faction and side (Pro City and Anti City) a bonus to whatever the installation is used for. For example should the holding clan take over a Mine then they will be given a bonus to their recycling skills within that sector.

An outpost is a very important player holdable installation which can be found within the wastelands. Only a clan is able to claim an outpost, however they are very contestable. The vendors located within an outpost generally sell items much cheaper than the vendors in the city. Additionally the Outpost vendors give special discounts to the current occupying clan. Couple this with a high level barter character and items become considerably cheaper when bought at Outposts. 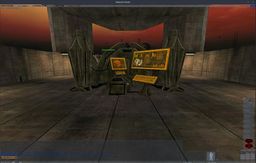 In order to successfully capture an Outpost, it is required that the attacking clan has access to three hackers with a skill level of around 115. Upon entering the Outpost the team should make sure that they are in a safe position, both covering the Underground Entrance of the outpost and check for turrets in and around the Hack term. Once it has been checked that these areas are free from dangers the hackers should move into position at the hack terminal, and the remainder of the team should be supporting them.

The order in which the hackers will hack each layer should be decided before hand, so as to reduce any delay when attempting to take the outpost, as once the first layer of the hack goes down then there will be a message broadcast to all members of the clan who the outpost currently belongs too. This is more than likely to bring defenders running to the outpost to find out what is going on and mount a defense. Therefore it is vital that the whole attacking team is in position before the attack begins.

Sometimes the hack is too hard for the hackers to complete, if this is the case then the following items can be used/cast onto the hacker to increase their hacking skill:


Once the first layer of the hack goes down, and after each subsequent layers the following message is broadcast to any members the defending clan who are online:

Once the three layers have been taken down, the transfer of power is complete. The outpost is yours.

After the successful hack of the outpost, its security systems allow you to declare who can and who can't use the Outpost's GR and who the turrets placed around the Outpost (if any) will shoot at.

Current Outpost ownership my be viewed online at https://neocron.org/stats/outposts